Today was a perfect day. Baby M napped for 4 hours and gave me some time to catch up on my reading. Steaming cup of tea, kindle and cozy blanket was all that I needed..

A Close friend of mine recommended me The night circus by Erin Morgenstern. Since then it has been lounging on my kindle for years. Started reading it on a whim and only few pages in, I was in love with the world Morgenstern created. Such a beautiful writing. I read this book way slower than any book that is because I didn’t want it to end. I sat down to write a review,  but I don’t think I could do justice. All I’m going to say is, it is a fantabulous book that will pull you into the story – you are one of the spectators !! Doesn’t it sound interesting?? Grab yourself a copy and check it out!!

Have you read this book and would like to recommend me something similar ? Please let me know in the comments.

It’s been a while that I have almost abandoned my blog. After reading some posts from my favorite bloggers, something sparked and here I am. Journey begins a year ago.. Bee and I were finally ready to start our family. Little did I know that getting pregnant is not as easy as it seems to be from outside. I was lucky enough to not go through along the lines of infertility but I did face some complications before having a healthy pregnancy. I’ll talk about that in another blog post. Moving on to happy phase..

September 2019 – Bee and I were super excited to see the two pink lines that popped up on the stick. But I couldn’t really enjoy the moment because of my previous complications. All I wanted was a healthy baby and healthy pregnancy journey from now on. Up until November we kept it as our secret. We weren’t ready to even share the news with our immediate family. Evey doctor appointment turned into a nightmare. If I had an ultrasound scheduled I wasn’t ready to look into the monitor until someone reassured me that everything is on the right track. 12 weeks passed and my obgyn gave a green light to share the news with the world. Even then we were cautious and chose to let only immediate family know about it. I was finally ready to share the news with our wider circle of friends and family past 20 weeks.

Then comes gender reveal.. we knew the gender at about 12 weeks. We went through an optional blood work to check chromosomal abnormalities which came negative and to add more happiness the report did say what we were having. I was so happy and relieved to see that we were having a baby girl .We again chose a smaller circle of family and friends to share that.

Fast forwarding to May 16, 2020 Bee and I were holding Baby M and from there we are a family of three 🙂

END_OF_DOCUMENT_TOKEN_TO_BE_REPLACED

I am returning back to blogging after a very long hiatus. A lot has happened since my last post.

May 2016 — I graduated!!!! MS in Computer Engineering
June 2016 — I was offered a job as Software Engineer
Although i had job right out of school, I wasn’t happy. The main reason behind it was, bee(husband) was in Wisconsin and my job was in Michigan. I was already away from bee for my Masters, thinking I might get a job in Wisconsin. Well, I was wrong. For almost after 11 months we got a job in the same area and finally moved to New Jersey.
Bee works in NYC and I work in NJ. It worked out !! 🙂
May 2017 — Bee and I got job in one of the big tech companies, Bee and I are together!!!
The last couple of months went by in settling down and getting used to the new work. Now, I am slowly making my way back into the blogging world .  I have lot of things planned out for my blog. Stay tuned! . That being said I’m in Wisconsin, enjoying with Bee. Spring is a nature’s way of saying “Let’s party” and by party I mean books. Bee and I went for book shopping this weekend and I snagged loads of books. Already, I finished two books which is quite a lot for me in 3 days. Bee is not an avid reader but he does read books. Work kept him busy over the past few years. Quite recently I noticed that he is getting back to reading and guess what!! he ordered a kindle for him. Not only flowers blossom during spring, also the love of reading!!
Books that I purchased:

Hoping to have a book review up soon..

Into the Darkest Corner was a gripping, creepy and engrossing read. This book was recommended to me by a good friend of mine. Since then, I had this book in my to-be-read shelf. I don’t have a clear explanation for putting off this book to a later read. Eventually I had to pick it up after seeing my friends gushing about it. It has the most chilling plot line that I have read in a very long time. I’m not a squeamish person, but surprisingly this book creeped me out. Haynes writing was intense and unputdownable. 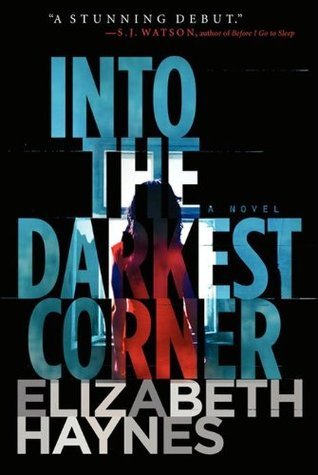 The book flips back and forth between past and the present happenings. The protagonist Catherine Bailey(in the past) has been enjoying the single life as a coquette for long enough to know a good catch when she sees one. She meets charismatic Lee and starts dating. Her friends, agrees that he is gorgeous. Their relationship starts out to be amazing but later Catherine finds out Lee has a darker side. Her friends start suspecting her for their rocky relationship, this is because Lee is a charmer and begins to tell her friends that aren’t true about Catherine. She is driven into the darkest corner of her world, and trusting no one. She makes a scrupulous plan to escape her predicament.

Four years later (present),Catharine now Cathy(changes her name) is suffering from OCD and PTSD. She isolates herself and starts checking things over and over. Every time she enters the house she ensures her apartment main door lock is safely secured, and checks the curtains, bathroom doors, kitchen cabinets, room, her personal belongings. She has a count for checking. If she feels something is wrong she would start it again. Now, Cathy doesn’t trust anyone and always had a thought that Lee was watching her even though he isn’t. She meets Stuart, a psychologist who lives in the apartment above her and he convinces her to seek treatment for her OCD. Eventually they start liking each other but Cathy is wary in stepping into another relationship. After a while she finds out something strange happening around her and realizes that she is in danger.

While reading this book I felt like I was developing OCD and I did check my door. I kid you not, even the slightest noise scared me and my heart pounded. I wanted to slow down to take things happening in the book and assure myself that its a fictional one but I couldn’t resist any longer and I whipped through book quickly. Yes, it was that gripping and intense. I was cringing in shock when I read the last few lines. I would say, it was a riveting novel.

I would highly recommend this book to anyone who wants to get sucked in a good thriller and get creeped out. If by any chance you are going to read it before you hit the sack be ready to face your nightmares. 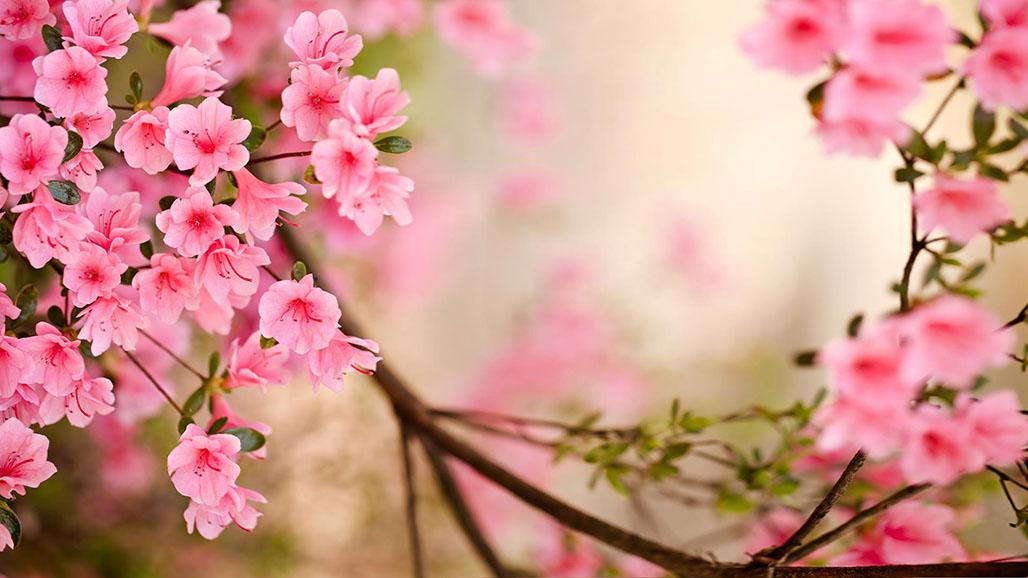 An aura of freshness

Peek of sunshine through azure

Waning of tad bit of snow

Scampering off to play

This is the most awaited weekend after three weeks. Yes, Bee is coming over. Okay, you might be wondering who Bee is and why would I be excited. A little bit of back story, here we go.. Bee is my lovely hubby. Bee and I have been married for 5 years. Since then we have been a resident of Wisconsin. I spent the first 2 years relaxing and taking my time  to  think what I wanted to do with my career. I know it was too long, but I enjoyed the break. Also I was on H4 visa where I had the option to just study at the moment. Finally I decided to do Masters and frantically applied to every possible universities. I’m going to be frank, I did get rejections from my top tier list. At the same time I was offered an admit with couple of universities. Out of which I decided to choose the best and that happened to be in the neighboring state Michigan, which means I would have to move to Michigan and Bee in Wisconsin. This is how last one and half year has been for us. Without Bee I wouldn’t have come this far in my career. Thanks bee… Okay that’s my post-married life in a nutshell.

Now you get why I’m so excited!! With V day round the corner, it’s just perfect that Bee is going to be here. More than V day I  love being with Bee. Happy weekend everyone!!!

Being an avid reader, in the past year I couldn’t read as much I would love to. There was so much to deal with my life- Grad school, work , home. There was absolutely no me time. Whenever I had the time, I would sleep. Now I’m in my final semester which means I would be graduating in couple of months!!! What a great relief!! It’s not that I have much free time now, I have gotten used to this and trying to fit in my reading for pleasure into this insane schedule. For the last 5 years I have been doing GoodReads reading challeng and failed at it multiple times. This year I wanted to try something different and fairly recently, I came across popsugar’s 2016 reading challenge and decided I would give it a go. Not sure how much I would be able to make it but I think I’m ready for this now.

Are you taking part in any reading challenges or what is your take on reading for pleasure this year?

Voila!!! New year – new blog. I hope to post interesting contents in the near future. I’ve had couple of blogs in the past. Since I’ve been so lazy to post anything, those are completely abandoned… blame it on my insane amount of grad school work. So lets see how this one goes.. 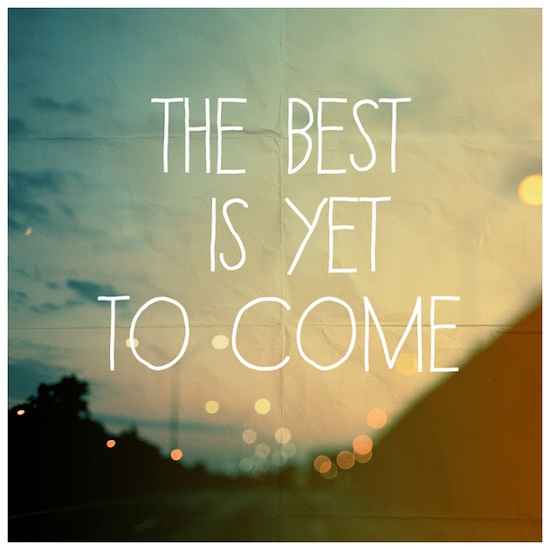